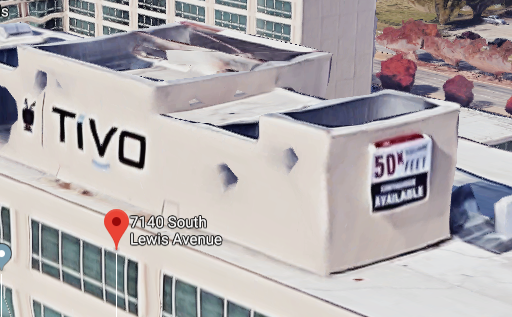 Additionally, some of the 1989 film UHF was shot there (search for "Kensington Galleria").
—xoddf2 | wlair.us.to
Top

Yet another update: Turns out TiVo Corporation (Rovi/TV Guide) was acquired yet again, this time by Xperi Corporation. I do wonder if the building will get yet another change?
PajamaFrix
Prevuing since 2015.

I did some research on both homes of EPG/Prevue/TVGC.

The original home of 3801 S. Sheridan Ave in Tulsa is up for sale. For a little over $4.525 mil, you can own the original headquarters of EPG. Currently, Platt College is leasing the space. The building was built in 1982, which would be just after EPG started its business.


The converted area was renamed the Kensington Office Center. A little more than 30,000 square feet will be retained for retail use. United Video Satellite Group, a locally based satellite communications and marketing company, announced a couple weeks ago it will move into the Kensington Business Center. It will occupy 105,000 square feet.

The article date is Jan. 27, 1993. Interesting enough, this would be the same time that the blue grid came out. So that would mean that all of the development of both the a2-black and a2 grid would have been done prior to the move.